The scales are very important. From them you can write down the notes of every kind of chords.

This is an easy way of learning the scales emphasizing the most important notes without weighing down the content with too many symbols. 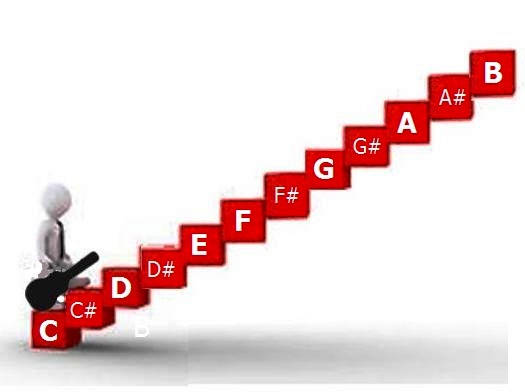 Numbering the 7 notes from 1 to 7, starting from C

This is called DIATONIC SCALE as only include main notes.

But musical notes are 12 in total, 7 main notes + 5 positioned between them.

This succession of 12 notes is called the CHROMATIC SCALE (From the Greek, Chrome = Color,  7 colors with their shadows, the semitones).

It’s very important to focus on it, as 90% of the guitar theory lies here.

Observe the same scale on the second string of the fretboard (Starting from C, on the first fret of the B string):

Adding the notes included in the dashed spaces (semitones) we get a chromatic scale (12 notes).

This is the C major scale (in Western music, major is the “default” scale).

Now if you see a chord like C6, you know there is also the note A (the 6th) in the chord.

In the most important scale, the Major Scale, the distance between C and D is 1T (1 Tone). Between E and F is 1s (1 semitone), etc.

Every major scale must have these intervals between the notes.

It’s easy to find notes of every major scale starting from the Major scale looking at the distances between them.

This table shows the seven most important Major Scales and is very useful to find every type of chord. Note that between the 1st and the 3rd there is always a distance of 2 Tones (Major Scales).

E.g. Look at the scale of F . A is the 3th, Bb is the Forth, C is the 5th etc. In every different scale you should count the distance between the notes.

Next is the Chromatic Scale with all the notes, but in circular shape. Circle of 12 Notes: 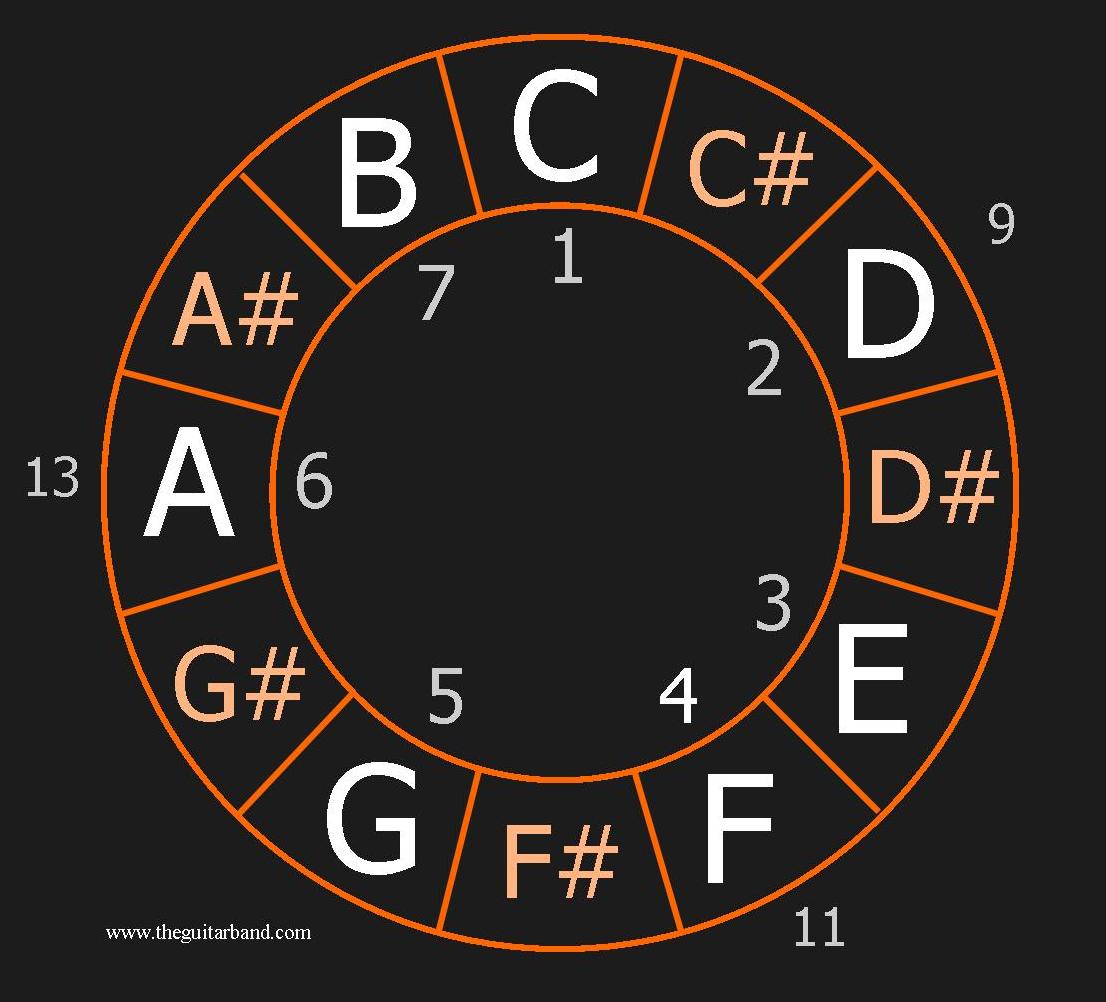 With this circle it is easy to identify also the 9th,11th, 13th. This notes has large use on the chords.

A basic chord is made out of three notes in the chromatic scale.

I   choose the C chord because it has the easiest scale with no sharps or flats. Of course, you can apply this technique to other chords as well.

Somebody write as C Major. If you find only C alone, this means it is a Major chord. The term Major can create confusion, because Cmaj (or Cmaj7) don’t  means C major but  “C major with the Major 7” (C, E, G, B).

What confused beginners with major and minor is normally the third defined if major or minor. In the case of a Cmaj7. The “major” word used in the chord name has nothing to do with the third but on the 7th. This brings confusion.

Distance between the First and the Third: 2T (2 tones, or 4 semitones).

Distance between the Third and the Fifth: 3s (3 semitones).

For the chord construction count the semitones:

Every major chord has the same formula. E.g.:

Major Chord in the Circle of Chromatic Scale. Turn the Triangle and get any Major chord. 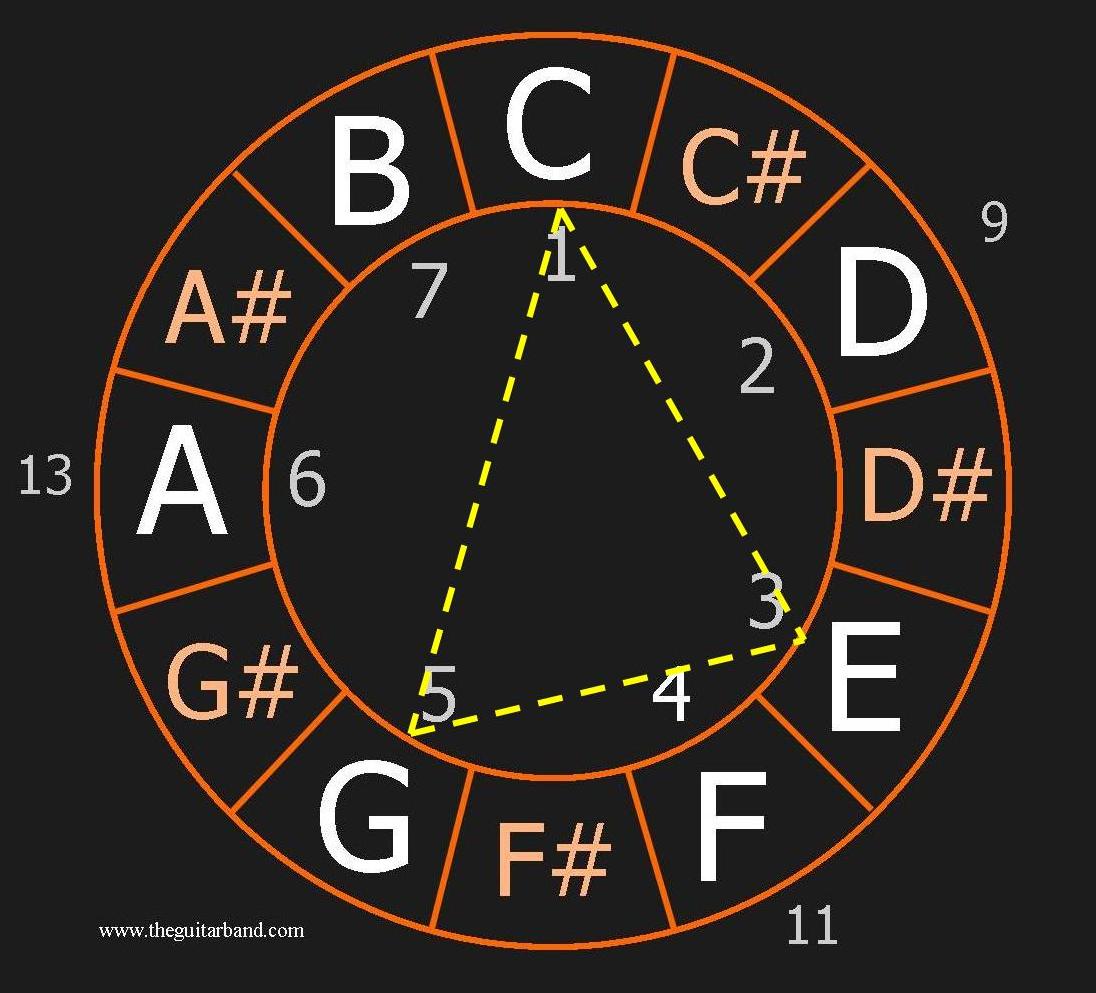 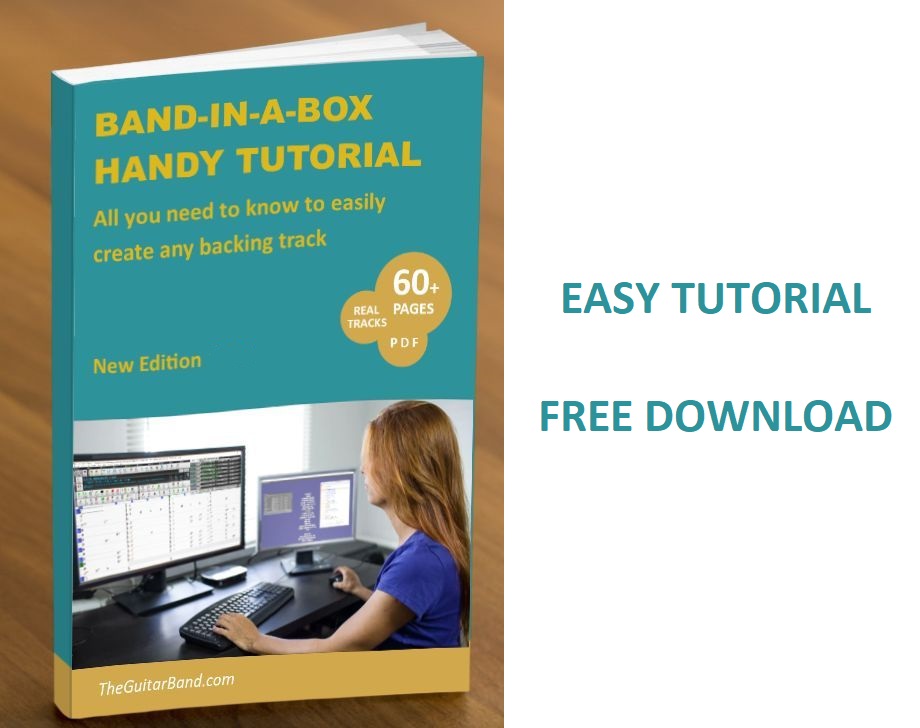