Backing tracks made with RealTracks only

Note: You don’t need the Band in a Box program to play these backing tracks

How To Play the BiaB Mp3. How to Edit the Lyrics.

If you download the free backing tracks you may be interested in knowing how to use them and how to edit the lyrics. Here a video guide:

This video can also be useful if you download the complete mp3 + lyrics collection.

To create your song you only need these buttons.  Watch the video tutorials!

Many “.sgu” files are ready to be exploited as practice, and downloadable for free.

What are Backing Tracks

Backing Tracks are songs that contain musical accompaniment parts.
In these there are no melodies, leaving the soloist room to play, and possibly sing alongside it.

1. AUDIO
All songs that have sounds and notes created by actual musical instruments.
Can be played by computers or smartphones, as the mp3 songs.
You will not be able to change the tonality, nor other parameters, as instrument type etc.

2. MIDI
It is an exclusively digital format and can be played only by some specific players, but also computers or smartphones that have installed the appropriate software.
The sounds are virtual, “electronic”, although the midi will try to reproduce the real sounds.
You can vary virtually all of the parameters, tone, presence and type of instruments.
The audio quality is high, but the musical output can be poor as they attempt to imitate real life sounds, giving of an “artificial” tone, so they are not usually advisable for the musician who are using them as an accompanied piece.

Keys of the Backing Tracks

The key of a song is chosen according to vocal and instrumental requirements, as some arrangements make it better in different keys. Sometime they’re even simpler to play on an instrument.

The original singers logically have vocal qualities which is often higher than the average.
The average musician will sometimes need to modify the original key according to how it suits them. In addition, man and woman have different vocal characteristics, and the same song originally sung by a man, will often be transposed into a different key by a female singer. There are numerous examples of covers in this respect.

The band-in-a-box backing tracks of this site are sometimes in different key than the original, as they are made for personal needs, that is to say to my own vocal requirements, that sometimes require one or two tones under the original, as well as for my daughter also, to accommodate a female voice.

Of course, whoever needs different keys of their own, will choose to make the songs themselves through Band-in-a-Box, or search for the “sgu” version.

How to make a track

There are multiple approaches to creating a backing track.
When you buy a video card, you’d often receive a free music editing software, if you have the skill to play various instruments, you may record these parts to an accompaniment.

For simplicity, and saving time, you can assemble tracks played by actual musicians with a suitable software. For this I use Band-in-a-Box (BiaB).

In addition to the program, you will need files that contain “RealTracks”, so called by the BiaB.
After being satisfied with the music you’ve created through BiaB, set the time, notes, verse and chorus, instrumental parts etc. and finally export it, it will certainly not be identical to the original, but it can be a unique and interesting twist in and of itself.

Here you will find free backing tracks realized through band-in-a-box, and should you want to tweak them, you may do so through the BiaB program.

Read: Tutorials relating to the creation of BiaB backing tracks.

Possess Band in a Box?

With my sgu files you can quickly create your own original and professional sounding repertoire. Here’s how!  (Apologies for the synthetic voice, but I’m italian and my English would be hard to understand 🙂 ) 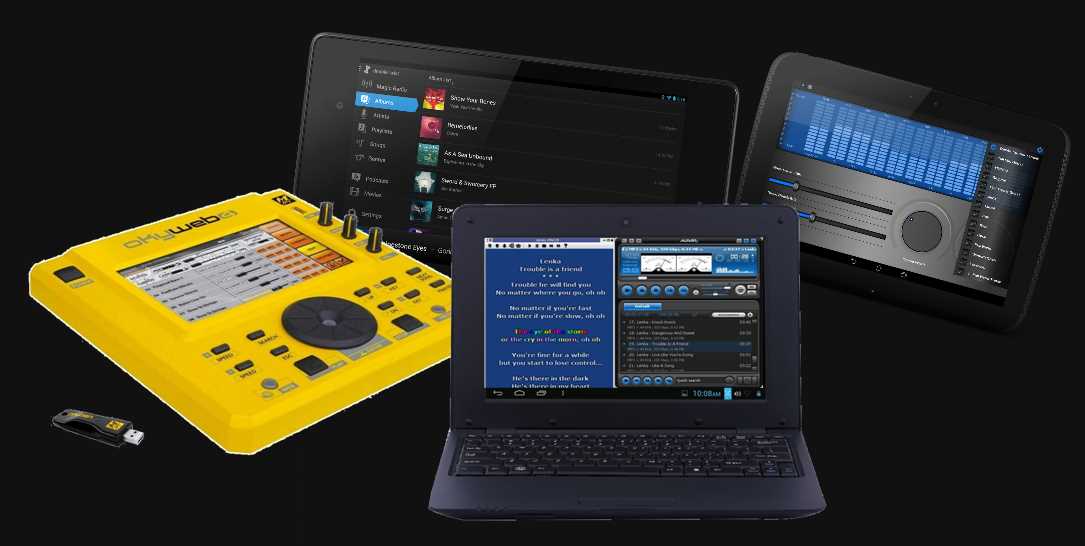 Features required for an mp3 player

Avoid approaching a large notebook, which is often uncomfortably accessible. Furthermore to show the public a big computer while playing, it gives less of a professional impression.

Song reproduction must end when it is concluded, do not let it move over to play the subsequent (in succession or random). It is rare for a non-professional player to provide this opportunity.

To avoid problems, all my tracks have a silence space of at least 30 seconds in the end, to give you time to search for the next song, or stop reproductions.

You must absolutely avoid autoplay random and repeat, which occurs whenever a music has concluded.

If you decide to use a tablet or smartphone to play your tracks, you can choose from the many free apps available on Android (“.apk” software).

Some players can display lyrics (karaoke type), as this is a useful feature while aiding the song.
The main problem is searching for the songs.

Let me explain: As a playback moves along, we read the lyrics while the track is played. The problem comes when the song ends, as it wastes unnecessary time to search for the following selection, occasionally leaving us to entertain the audience with dull chit-chats, to avoid the long silence between one song and another.

So, an automatic search for the next track is required while playing, ready for it to start the play instantly when you want it.

Here’s the problem. There are no (or at least to my knowledge) android players that let you search while a song is in progress, especially without hiding the display of the lyrics that are being played during the search.

In fact, we would need two windows, one with the lyrics and other for the search list itself, readying us to set up the following song. In the absence of these, the playback will deprive us of a selection. 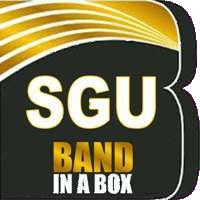 “.sgu” is a file extension that Band-in-a-Box uses for the song files.
Auto created songs are saved in a format with extension of the file “.sgu”.

It can be exchanged between musicians or downloaded through the internet, allowing modifications.

The sgu file can be opened by BiaB and modified as you like, key, instruments etc.

What does “SGU” mean?

S tells us that the song does not have a melody.
G is always present, telling us that it is a song.
The U says the style, specifically “User style”.

The sgu files are ready for download for free at the page SGUs Files Download , while a complete collection of all the SGUs with hundreds of ready-made songs is available for purchase (low cost), at the page Full SGUs Download.

To know more about the Biab’s files, SGU, MGU, etc.

TheGuitarBand.com: Purpose of the site

Premise: I state that I do not promote nor sell the software that are described in this site, as Band-in-a-Box or MiniLyrics. These programs, if not already available, will be sought in the respective home pages of the authors.

The purpose of this site is to provide ready-to-use Band-in-a-Box backing tracks.

All the tracks are without vocals and soloists, all suitable for the one man band singer-guitarist.
Band-in-a-Box allows you to change or switch instruments, key, etc., without deteriorating quality, as well as the advantage of the final (.SGU) controls the “Real Tracks”, ie sound bytes played by real musicians, and nothing “artificial” as the midi. 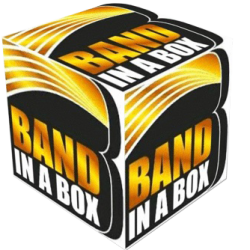 Here you are able to free download all mp3s that have been completed. However, certain cases could imply that some components of the work doesn’t fit your requirements. Through the web, most of the Band-in-a-Box backing tracks contain the original key. TheGuitarBand.com will deviate slightly, by offering something more original and unique (in keeping with the original style).

The backing tracks have the tonality to be more suitable for those who, (like me or any some female vocals), require down keys . A couple of tones lower than the original for example.

Try, therefore, to download whichever songs you prefer, and remember that should you wish to customize them, you will require the Band in a Box program, in which will allow you to create a file called “SGU“, that then can amended such as a midi.

Here you will find various SGUs at the ready, or get them all in one with a Single Download.

Alternatively, request the PDF from ggriscenko@gmail.com