This trick will change the way you play guitar

Learn the scales “by ear” in a few minutes.

Notice: You do not need any extensive foreknowledge to comprehend this tutorial, but if you are seeking to start it all from scratch, you may need to visit this page first.

Before studying any theory, test these fingerings/patterns (7 main scales) and discover how alike they sound.

It is initially not necessary to remember the positions. Practice by ear, if you press the wrong key you would realize it immediately, that all these scales sound alike!

And the shapes are easy to remember.

(Note: We start from the F major scale to better remember the shape, as shown on the bottom below) 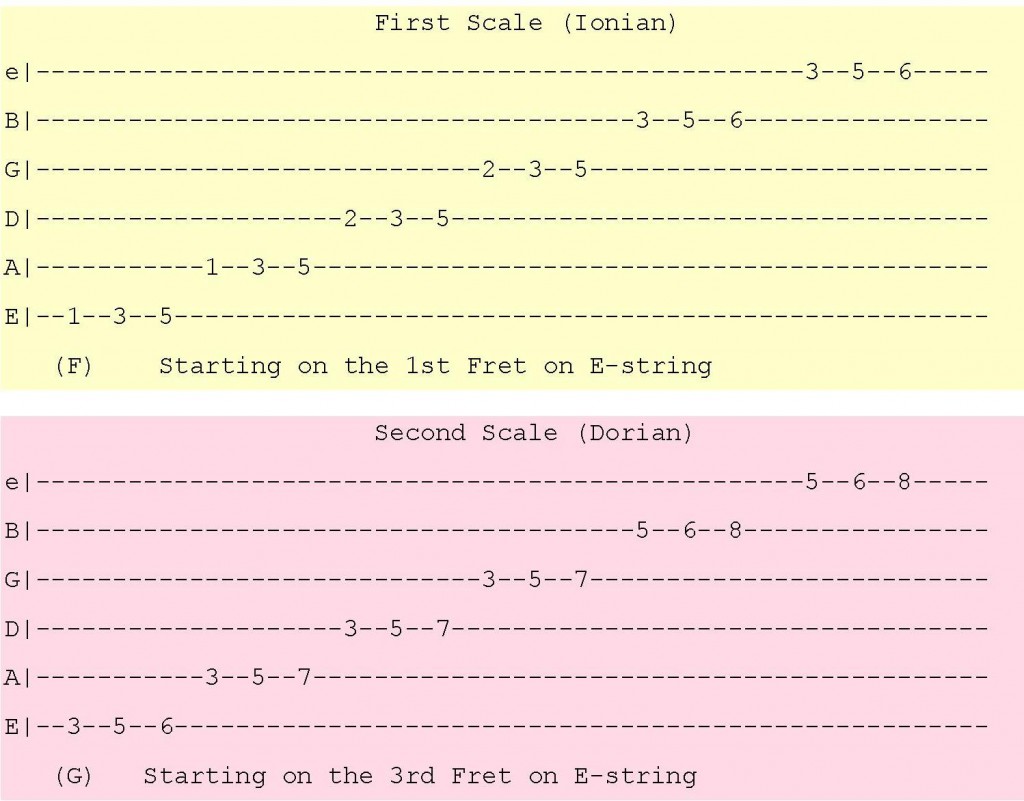 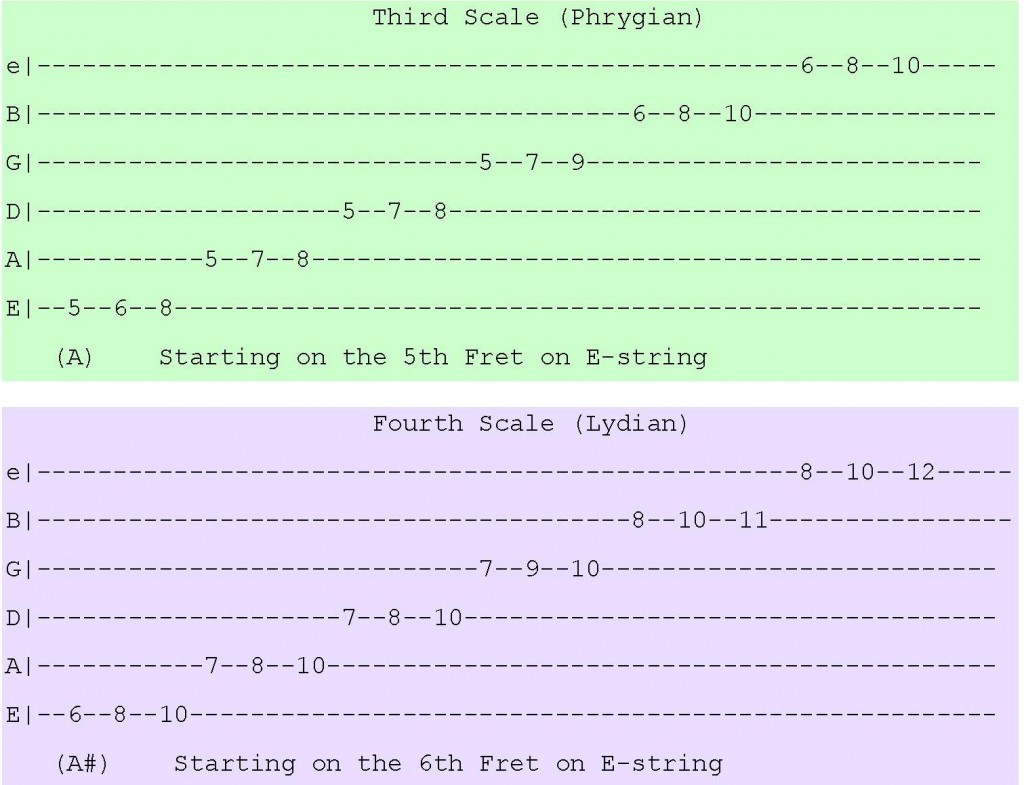 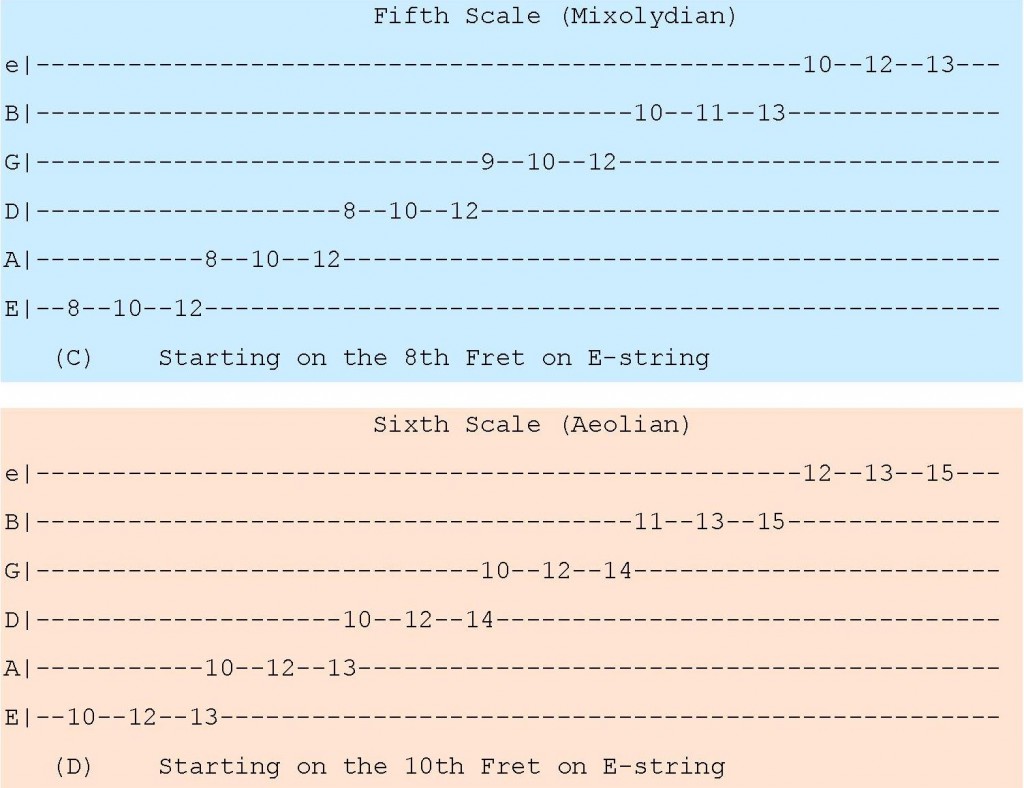 We call these scales: “The 7 Modes of the Major Scale“

The first seven letters of the alphabet ABCDEFG represent a musical scale whose steps vary from 1 Tone to 1/2 Tone, according to the following scheme:

Modes are scales which can be derived from the intervals of the Major Scale.

This sequence sounds different. The name is “Dorian scale”, etc.

The 7 modes of the major scale are:

The sequence of the intervals gives the name to the scale

All the scales in the example have the same sound. All of them repeating the same notes of the F major scale.

This means that we can play the F major scale in 7 different ways. If we remember this scheme of notes we can improvise a song on F major on every part of the keyboard!

G Dorian  (the second exercise) can be used for a song in the key of F major, but not for example F Dorian, as it sounds different!

Practice (uncomplicated as they all sound the same). The notes have a symmetry that is easy to remember visually, unlike the scales from usual lessons that will often seem confusing.

(Continue to the Part 2)